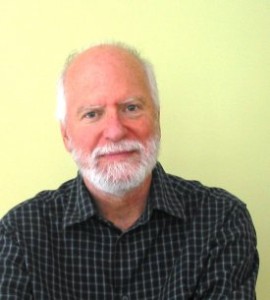 Robert Shetterly was born in 1946 in Cincinnati, Ohio. He graduated in 1969 from Harvard College with a degree in English Literature. At Harvard he took some courses in drawing which changed the direction of his creative life — from the written word to the image. Also, during this time, he was active in Civil Rights and in the Anti-Vietnam War movement.

His painting has tended toward the narrative and the surreal, however, for more than ten years he has been painting the series of portraits Americans Who Tell the Truth. The exhibit has been traveling around the country since 2003. Venues have included everything from university museums and grade school libraries to sandwich shops, the Cathedral of Saint John the Divine in New York City, and the Superior Court in San Francisco.

The portraits have given Shetterly an opportunity to speak with children and adults all over this country about the necessity of dissent in a democracy, the obligations of citizenship, sustainability, US history, and how democracy cannot function if politicians don’t tell the truth, if the media don’t report it, and if the people don’t demand it.

Read the rest of his bio on his website at: http://www.americanswhotellthetruth.org/the-artist

The portraits coming to Syracuse viewable below and the rest of his works available at his website.